Birth and Death – Life in between 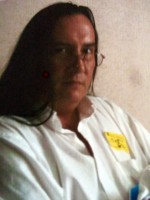 Joseph Patrick TEUTHORN walked on at his home in Indian River.  Burial took place January 10. – Joe was born June 8, 1962 in Chicago, IL. He was a son of Robert and Edith (Fenner) Teuthorn.

Both Amy and Joe are descendants of Frankenhausen born Wilhelm Günther TEUTHORN (1807-1881) who went to Kiel / Holstein as a barber and surgeon at about 1835, what at that time meant emigration from the German state of Thuringia and immigration to Danish reigned German Holstein.
His grandson Otto emigrated to Chicago in 1893,  2xgreat-granddaughter Ute Barbara went to Switzerland in the sixties of last century.
Coincidentally on this January 10, after barbaric murder in the name of God,  3,5 million people met in France demonstrating against terror and intolerance and for empathy and mutual understanding. – Our family is a living example for going global. Various influences made this family strong, efficient and open minded.  Influences came from the German countries, Thuringia, Holstein, Friesland and others, from Danmark, from immigrants and citizens of the U.S. with different origins, also from native Americans, from Switzerland and Britain. Those who can pray, worship a unique common God. It makes no difference whether their prayers are  Lutheranian, Evangelical or Catholic. Let us be proud of this variety. 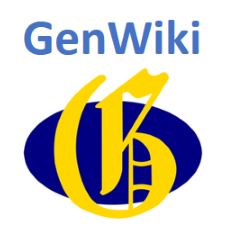